They're fun to listen to and fantastic to be on the receiving end of. However writing one for somebody you love can be a completely different story. And I'm picking that's why you here.

I understand the issues involved in preparing a speech, especially one for someone close to you! They can be daunting.

What you'll find on this page 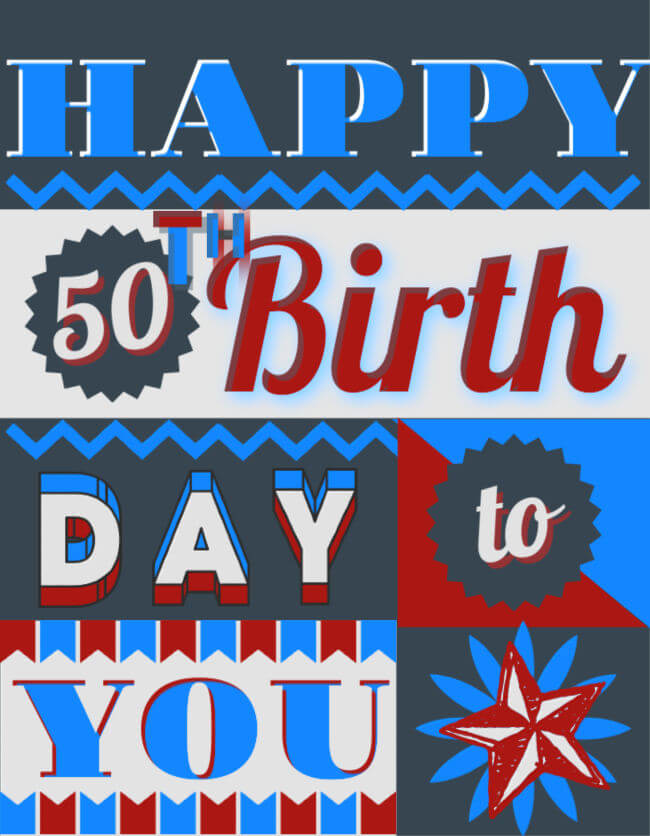 What's the common problem with writing a birthday speech?

The problem is not because you don't want to publicly acknowledge the person whose birthday it is. You do.

It's generally more a case of agony caused by indecision through not knowing where to start.

Perhaps you've read my birthday speech tips page and are caught up wondering what to put in, what to leave out, how long will the speech take to say when it's finished, and what joke or special quotation to use, if any?

Now I know this struggle, because I've been there, done that and chewed the tops of pencils down too. A blank page has a tyranny all of its own!

So to help preserve your pencil collection and your sanity here's an example speech which I hope lessens at least some of the anxiety you may feel about writing.

Before you rush on to read it, you need context. That is you need to know who this speech is for, who wrote it, why the birthday is significant and the setting it is delivered in. This will help you make sense of it, giving you a complete picture.

Although I wrote this speech especially for you, we're pretending it was written for the 50th birthday of a man called Alan West. We're also pretending it was delivered at a party for his friends and family by his close friend of 30 years, Mark.

As you read it, imagine you are hearing it spoken aloud.

The speech has a speaking time of approximately 5-6 minutes, depending on how fast, or slowly, you speak. That length is good for this type of occasion.

"Good evening all. It's great to have you here. Most of you know my feeling on birthdays. 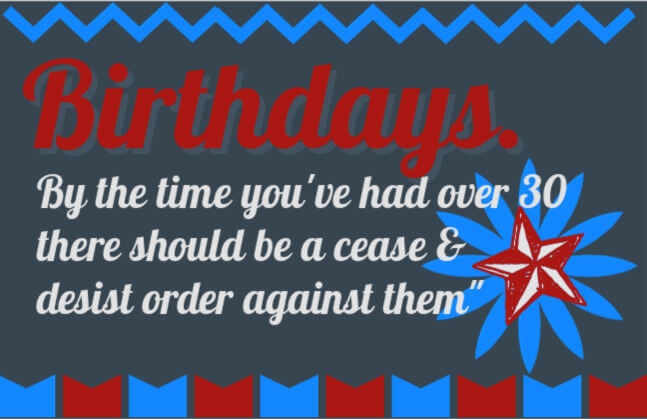 By the time you've had over thirty, there should be a cease and desist order against them.

They're not unusual. Everybody has them and at the same rate as everybody else - one a year. They happen whether you want them to or not.

Believe me, I know. I've had quite a few and looking around this room I can see it's the same for others as well.

So why are we here?

It's not to celebrate the inevitable passage of time but something much more. Everyone has birthdays but not everyone is my friend, Alan West.

Alan, you are unique. And today I'm gladly putting aside my grumbles about birthday speeches, balloons, presents and silly hats, to honor you.

You've reached the 50 milestone. 50 birthdays, that's a whole lot of living. Enough to establish the character of a man, to know who he is. And I've known you through about 30 of them.

So what I want to know is, when are you going to give up the idea that you're a surfer?

We all know your geriatric surfboard has gone to the beach with you every summer for at least the last 15 years and never once got wet. Millie says you're waiting for the big one. I say it happened in 1988 and you were too busy zinc coating your nose to notice.

Rumor has it that your surfboard has been bolted to the top of whatever wagon you've had is ever since. 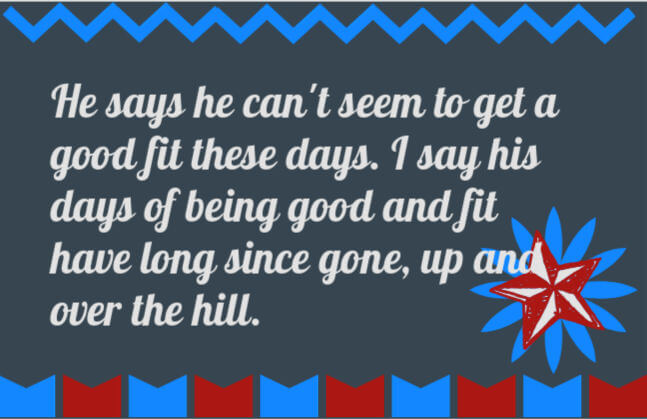 Likewise his growing collection of fancy running shoes. He says he can't seem to get a good fit these days. I say his days of being good and fit have long since gone, up and over the hill.

And then there's the annual season tickets to 10 nights of film festival screenings.

They seem like a good idea. They were a good idea in the days when the ratio of surplus energy to the number of hours in a day was higher.

Doesn't he know, he's at that age when his back is expected to go out more frequently than himself?

But seriously folks, aside from his lamentable quirks of character Alan is a friend - a real one. He's there when you need him - offering practical advice on just about everything, from how to unblock the drains to how to meet personal tragedy with courage.

And Alan's not a mere theorist who has read the books. He walks his talk and walks it tall.

I know he's shy about having his good deeds displayed in public.

A less kind person than myself might say that's because if everybody knew just how helpful he could be, he'd be called upon all the time. And that would mean no time for polishing the surfboard or adding another pair of shoes to the collection. But I know better. He's modest.

However on this occasion I'm going to ignore his finer feelings.

I thought it would be great to publicly acknowledge all the personal and lovable qualities we admire about Alan. So I asked around.

I had a couple of contributions. One from Sam who mentioned his foot size was similar to yours and that his runners were down at heel.

The other was from my son who said he'd be willing to take the film passes off his hands.

Neither was the type of thing I had in mind. So I was forced to think for myself. 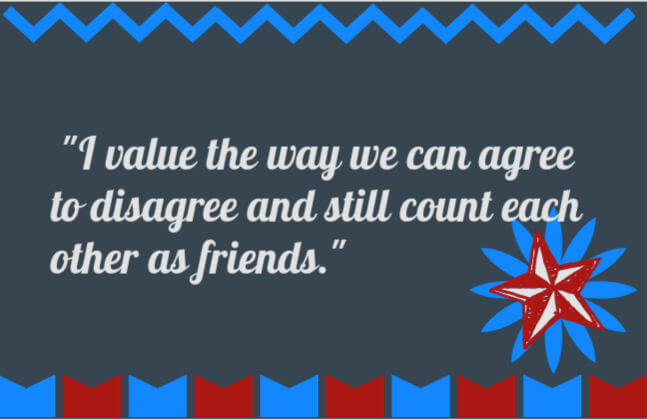 Alan, you're an important touchstone in my life.

For 30 years we've stood by each other through the good as well as difficult, challenging times.

I value your opinion (when it's not on the dubious merit of old surfboards). I value the way we can agree to disagree and still count each other as friends. I admire your humor and humility. Then there's your persistence which some might call stubbornness.

I could go on but because I want to preserve what's left of our friendship and myself, I won't. They say, looks can't kill however the one you're giving me now seems murderous.

So before I'm forcibly shut-up, I'll do it myself.

In conclusion, please raise your glasses to Alan, to friendship and to birthdays. May you have many more."

Let's get your speech written

Now it's your turn to write a birthday speech, go back to the page on how to write a speech and begin. Once you've done that, you've got the hardest part over!

Or read another sample

Do you want to check over another speech before you begin?
Here's a 40th celebration toast from a mother to her daughter.
And there's this 18th birthday speech of thanks too. The speaking is thanking family and friends for coming along to help celebrate.

Or there's always this option ...